Fresh from a UK and European tour and several sell-out shows in Norfolk, local actor and writer Mark Kitto brings his provocative and entertaining one-man show, ‘Chinese Boxing’ to the Art Centre on 22 Sept.

Is there going to be a clash between China and the West? Ukraine is the crisis of the moment, but it is China’s rise that will dominate the 21st Century. How might it happen? Why? ‘Chinese Boxing’ is a bold, innovative piece of theatre that tackles the question from both sides, with no pulled punches.

Turning to the past to talk about the present – a traditional Chinese way of addressing difficult questions – the play is set in 1912, a lecture to the Kings Lynn branch of the Royal Asiatic Society. The speaker is Sir Claude MacDonald, former British Minister – ambassador – to Peking in 1900 during the famous Boxer Uprising. Sir Claude commanded the defence of the Foreign Legations – diplomatic quarter – when they were besieged by the peasant rebel ‘Boxer’ army. The siege lasted 55 days until it was lifted by a multinational force and was described in the newspapers of the day as ‘the most exciting episode ever known to civilization’. (It was also the subject of the 1963 epic film, '55 Days at Peking', with Charlton Heston and David Niven.)

Sir Claude wants to discuss China and the West ‘today’ – that’s 1912 for him, today for us. 1912 was the year of the foundation of the Republic of China; a new country, a rising power the world must accommodate. Sound familiar? But he starts by ‘taking you back to Peking in 1900’ and accidentally does just that, to the Imperial Palace, where you hear the story from the Chinese side. It is not straightforward and will challenge your view of the past… and the present.

Mark lived in China for 18 years. He performed with the Shanghai People’s Arts Theatre and others. He has written two books about the country and countless articles. He was Prospect Magazine’s China columnist.

Running Time 70 minutes, followed by Q and A 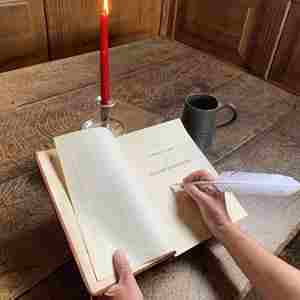